Is EVM (Electronic Voting Machine) Really worth to be Safe? “India is a developing country”. This is the traditional famous phrase one usually hears since the childhood. And this developing streak continues to be under the phase of development even when the child becomes honorable citizen of India and may even the developing streak continues when the honorable citizen extends its status as senior citizen. Hence India will and always be under the phase of development until its system of conducting elections does not change. This is because the election results being fixed by gangsters of MAFIA. But how do they come to control the results of election that too when they are settled somewhere under the world in other countries. 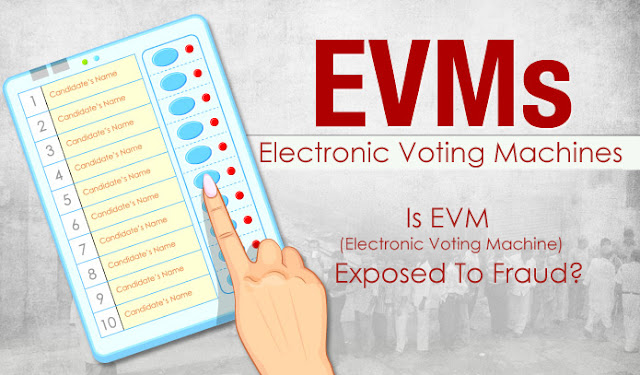 Role Of Mafias In Election:

To know such facts just read on. In 1989 there was a procedure recognized in which the voter puts in his choice of candidate’s party symbol in a ballot box. After the successful procession of election the boxes were transported to the safer places in the trucks. But during transportation in the middle of the way the hired rowdy hitters by the MAFIA interchange the original and tampered ballot boxes. Hence manipulating the votes of the citizen and also the SEZs (Social Economic Zones) of the country. Thus playing with the future of the country at the risk of citizen’s inalienable right just for the sake of money.

Conducted Experiment on EVM:To overcome the above drawbacks, a team of technical and scientific research which consisting of several experts from worldwide in 2010 came up with the idea of EVM. This team includes influential dignitaries such as Dr. Harik Prasad(Technical Expert) Hyderabad, Dr. Alex(Computer Science Professor) America. Since technology does not include any sort of involvement of third party or any kind of tampering they thought this sort of approach would be 100% safe, reliable and untouchable. But the potential and caliber of some people are so high that they even manages to deceive the technology.

Now the question arises how do they deceive it. This can be well demonstrated with an experiment mentioned below. The experiment includes an EVM machine on which the symbol of parties of 7 candidates contesting elections were depicted besides every voting press button. And each candidate is given 3 votes. But when the results are sought it was quite horrified. 1st candidate has won the election by 7 votes, 2nd candidate manages to attain 4 votes and rest all by 2-2 votes.

Evidential Facts:In EVM the total number of votes acquired by each candidate are allowed to get store in the EVM processor. Then the altered or tampered display chip is allowed to set on the unaltered chip. Thus fixing the elections. This is just above flow-on procedure. To know how the tampered display shows the fixed results read on more. The dishonest display is made to show the fixed results or desired results with the help of clips on which when connected to EVM processor rewrites its whole memory with the desired results of votes. Thus manipulating and altering the citizen’s inalienable right i.e VOTE. The misconception that introduction of EVM is cent percent safe, reliable and trustworthy do not proceed smoothly. The introduction of EVM from ballot boxes is like providing or facilitating the typewriter users to computers. Thus enhancing each and every single bit of chances of tampering.

Strong evidence against the EVM came into limelight in 2009 elections. Subramaniam Swamy, one of the opposition party leader happens to be the victim of EVM scam in which he declared that all the 70 seats acquired by the Congress in Lok Sabha elections are tampered.

In USA an activist named Web haris revealed truth about the alteration and tampering in EVMs. After this 64% of world countries put a termination on the usage of EVMs. In countries like Ireland, Germany EVMs were rolled down and dumped into dustbins. All this tends to takes place because if at all there has been attempts of tampering also then it does not leave even minute evidence.

First and foremost task the citizen should initiate is that the voters should pressurize or even if possible they should criticize the government for the termination of EVMs and the use of ballot boxes. With the initiation of this strive by the voters there is damn sure probability that the government may confront the fact that usage of ballot boxes includes the use of papers to such a great extent i.e papers which can be used for 5 years is excessively used in just 1 day. But assure them that there is no problem in using tons of papers at the risk of exploiting citizen’s vote and reducing the country’s social economic zone. The next task that can be done is approach to the 64+ independent candidates and ask them to pressurize on voter’s behalf because EVMs can only count votes of 64 candidates. You can watch this video (in Hindi language) to understand the concept completely.

It is the fight of the citizens of country and lonely we have to fight. It is our right to vote and we should be concerned that our inalienable right do not goes exploited. And above all share this piece of information within your family, friends and concern constituency. Note: All the information in the article is based on the above video.